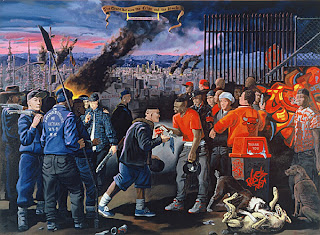 There was cause for celebration yesterday in Los Angeles when two of the oldest, largest and most notorious gangs in America found themselves pushed aside as the crime lords of La La Land.

Well, the CRIPS and the BLOODS are no longer Public Enemy #1 and #1A thanks to the leadership of one Phony Mahony. With the stroke of a pen on a heretofore blank check the Archbishop of Los Angeles has successfully protected his multitude of minions who "prey" (not "pray") on young boys and girls from having to submit themselves to any kind of court proceedings and, heaven forbid, the incarceration they so justly deserve.

Isn't it great what $660 million can do? The PAPAL PEDOPHILES remain free and, apparently, above the law, both spiritual and secular. 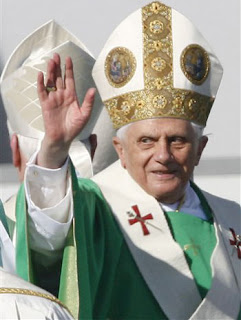 Of course, Archbishop Mahony was only following orders from the top -- Pope Benedict XVI -- who is just the latest in a long line of "popentates" who protect the "rank and vile" not only in Southern California, but worldwide. (At last count the Roman Catholic Church has paid out over $2 billion dollars to sexual abuse victims and their families. This appears to be only the beginning...)

Here's an idea -- How about electing Michael Jackson as the next Pope? 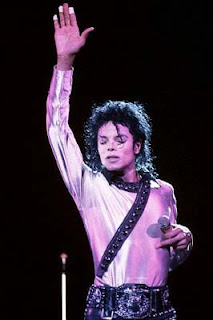 Pope Michael VII (there have apparently been six Pope Michaels throughout history) would make a dandy leader of the Papal Pedophiles. All that's needed is a little velcro inside the headband of the Official Mitre to help hold it in place, move the Apostolic Palace from the Vatican to Neverland, serve Communion Wafers in the likeness of Fred and Wilma Flintstone and let the party begin. Everyone under thirteen is invited!