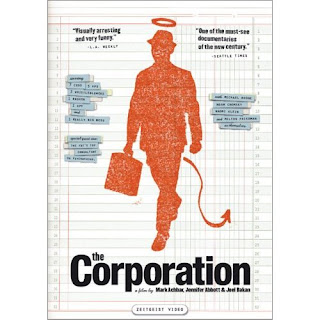 According to the Personality Diagnostic Checklist for Mental Disorders developed by the World Health Organization, a PSYCHOPATH can be defined as anyone who exhibits these six character traits:
1. Callous unconcern for the feelings of others
2. Incapacity to maintain enduring relationships
3. Reckless disregard for the safety of others
4. Deceitfulness: repeated lying and conning of others for profit
5. Incapacity to experience guilt
6. Failure to conform to social norms with respect to lawful behaviors

Clearly anyone who single-mindedly pursues their own wills and desires, who lies repeatedly, who inflicts harm without reference to conventional morality, who breaches social and legal standards and does this without any sense of guilt fits perfectly the profile of a psychopath. Sounds like Alberto, Scooter, Teddy and that doggone Vick fellow doesn't it?

In the late 18th century the U.S. Supreme Court ruled that the business organizational model known as a "corporation" is legally a person.

If so, what kind of person is it?

According to Director Mark Achbar and Co-director Jennifer Abbott, the corporation, like a psychopath, is callous to the needs of others (including other corporations), lies repeatedly, inflicts harm without emotion, breaches social and legal standards to get its way and does not suffer any guilt whatsoever.

Don't laugh -- Achbar and Abbott make a fairly convincing argument in what has become Canada's most successful documentary ever. Clearly Michael Moore does not have a monopoly on presenting controversial, compelling and provocative insight into a contemporary topic. Although the film is overly long and, at times, annoyingly repetitive, one cannot help but wonder if the demise of Communism might not have helped foster another heartless, godless totalitarianism that threatens our way of life in America -- government of the corporations, by the corporations and for the corporations. 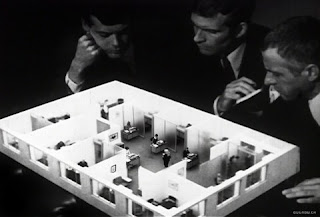 THE CORPORATION makes a compelling argument that, more than ever, commerce and profit rule and thus corporations have become the dominant economic, social and political force in most parts of today's world. Such overwhelming power in the hands of those who run companies vs. those who run governments, according to the filmmakers, has egregious consequences for one and all since the sole overriding goal of any corporation is simply to maximize profits for the shareholders and to maximize the salaries for the top CEOs -- everything else is window dressing at best. Forget about "the common good" -- a multitude of well paid lobbyists no longer influence our politicians, they have even begun to actually write the legislation they want passed.

Yes, we can beat around the Bushes all we want, and that is certainly a fun, entertaining activity, but it isn't the White House or Congress that rules America, it is corporate greed. 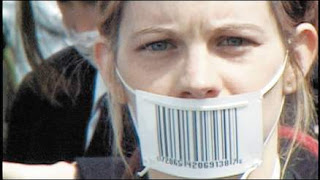