Tonight's much anticipated Vice Presidential Debate pits the bull, the Lipstick Dipstick, Ms. Sarah Palin, against yet another pasty face white guy running for national office, the Gaffemaster himself, the Not-So-Honorable Mr. Joe Biden. It will be interesting to see which candidate will make a favorable impression. Our guess is that neither will emerge triumphant. In fact, given the history of these two party-loyal participants, the entire staff here at Needtovent is surprised that a network other than The Comedy Channel elected to even carry this event. 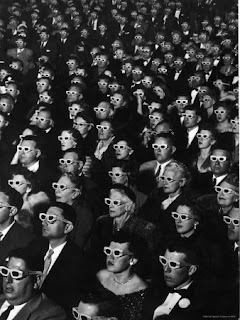 After her impressive debut speech during the GOP National Convention, Ms. Palin grew on the Republican faithful like she was a colony of E. Coli and they were a slab of room-temperature Alaskan moose venison. In fact, this photograph taken at yesterday's Bar-W Republican fundraiser proves that eye candy just might be highly influential after all -- it has clearly morphed the eyewear of the washed masses as seen here. 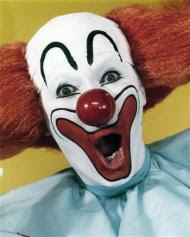 As for Mr. Biden, this recent photograph proves he's not much more than a Bozo with a mouth -- a great big mouth. (There are black bass in Lake Sam Rayburn who are jealous). If only Obama had selected Hillary as his running mate -- the ensuing cat fight would have been a lot more fun than this match-up, the equivalence of an Army-North Texas college football game. (The only two winless teams in Division 1 as of today. So much for their BCS chances.)

From BCS to plain old BS -- be sure to tune in tonight. After all, who doesn't like seeing a trainwreck?

ATSF's "Chico" is, of course, the only possible exception.
Posted by Robert A. Nowotny at 12:15 PM