LEAVE IT TO BEAVER... 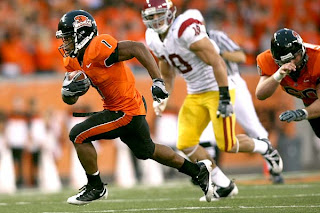 Having lost to lowly Stanford (arguably the worst team in the PAC 10) and then being routed 45-14 by Joe Pa's Nittany Lions, it seemed impossible to even imagine that 25-point underdog Oregon State could possibly beat the mighty Southern Cal Trojans and their cocky coach, Mr. Red Top himself, the egotistical Pete Carroll. 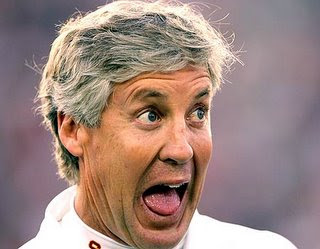 But beat them they did.

The last time OSU knocked up a Number One Ranked Team it was 41 years ago (1967) when they deflated the O. J. Simpson-led Trojans. This was back when Orenthal (aka "The Juice") was a gridiron great, not a murderer. But that's another story for another time and place.

For now -- it is time for all champions of what is right and just to rejoice.

Will the Boomer Sooners be next? (Could anyone Stoop so low? I say yes...)
Posted by Robert A. Nowotny at 7:48 AM