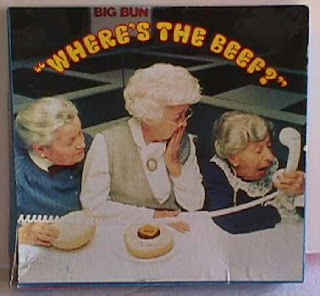 It seems that today the question isn't just "Where's the beef?" It is also "Is this beef real?"

The following letter was sent to all of the world's leading news outlets including, among others, Reuters, CNN, Deutsche Zeitungen, USA Today, La Opinion Publica, Telemundo and, of course, the Bulverde Standard. We at Needtovent are proud to be the first to publish it.

Under the Federal Trade Commissions Act:

-- Advertising must be truthful and non-deceptive.
-- Advertisers must have evidence to back up their claims; and
-- Advertisements cannot be unfair.

Based on the political ads I have seen, the FTC “Truth in Advertising” rules obviously are in abeyance until the end of the election. According to Sam Adams in Steven Yount's brilliant novel Wandering Star, “There are lies, there are damned lies, and there are statistics.” Can anyone disagree that the incidence of lies and statistics from both political parties at the national, state and local level are currently at an all-time high? Enough already...

The FTC’s Deception Policy Statement declares an ad to be deceptive if it contains a statement – or omits information – that:

-- Is likely to mislead consumers acting reasonably under the circumstances; and
-- Is “material” – that is, important to a consumer’s decision to buy or use a product.

One of the definitions on Dictionary.com of a “product” is a person or thing produced by or resulting from a process, as a natural, social, or historical one. Example: He is a product of his time.

Personally, I think in our elections we are buying a “product.” Therefore, FTC Truth in Advertising laws should apply. Why aren’t they??? After so many years of untruthful campaign ads (on both sides) shouldn’t we ask the FTC, as part of the government we are paying for, to do their job?

As a final note, if political ads are all truthful and therefore do not fall under the Truth in Advertising laws, why do all the major media have “factcheck.org” as part of their daily analysis?