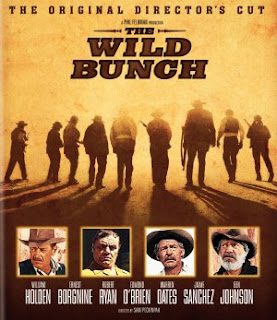 In 1969, Warner Brothers/Seven Arts released THE WILD BUNCH -- arguably one of the greatest Westerns of all time. The stellar cast included such luminaries as William Holden, Ernest Borgnine, Robert Ryan, Edmond O'Brien, Warren Oates, Ben Johnson and the always engaging Strother Martin. Fast paced, beautifully photographed and full of hard-hitting action, the film has become a classic thanks to the uncompromising and controversial vision of its Director, Sam Peckinpah.

Although the setting may be the Mexican Revolution of 1914, Peckinpah effectively injects a carefully orchestrated subtext which reflected the concerns of many regarding the continuing loss of individual freedom and the undeniable risk associated with questioning the status quo at the end of the 1960s. Like the gunslingers on the screen, Peckinpah was convinced that in the United States, at least, the nonconformist was no longer welcome or safe. As a result, THE WILD BUNCH is just as much about the revolutionary time in which it was made as it was about the Old West. All things considered (especially the perceived loss of individual freedom and privacy thanks to certain provisions within the Patriot Act), THE WILD BUNCH is as relevant today as it was some 40 years ago.

Unchanged men in a changing land. Out of step, out of place and desperately out of time.


There is a school of thought that insists that no art of any quality can possibly be produced inside a commercial structure whose principal aim is profit. Although Peckinpah worked within the mainstream Hollywood studio system with all of its built-in constraints and corporate cultures, he consistently found ways to accommodate his masters while bringing to the screen not only universally-avowed artistic triumphs, but motion pictures with profound personal viewpoints and multi-layered subtexts which operated on several levels all at once. In this regard Peckinpah stands alongside Alfred Hitchcock, Howard Hawks, Nicholas Ray and John Ford as one of America's most noteworthy, recalcitrant and complex filmmakers. In more recent times, only Oliver Stone has, perhaps, earned a comparable reputation. 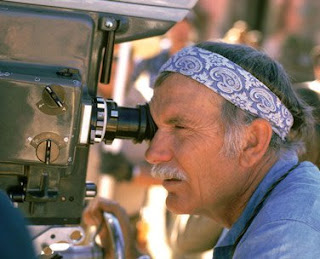 Irascible, impulsive, irrational, both on and off the set, Peckinpah fully realized that the Western was the one genre that would enable this auteur to express himself and his political beliefs more freely than with any other type of motion picture. (The only other possibility would be Science Fiction).

A salute, then, to Mr. Sam Peckinpah and to nonconformists everywhere...

Over 90,000 rounds of blanks were discharged during filming. This is reportedly more rounds than were fired by both sides combined during the entire Mexican Revolution.

Peckinpah, along with co-writers Roy N. Sickner and Walton Green, was nominated for an Academy Award. He didn't win; this was his only Oscar nomination.
Posted by Robert A. Nowotny at 9:43 AM