QUESTION OF THE DAY 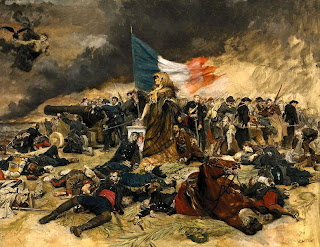 Is all human knowledge precious whether or not it serves the slightest human use?

A. E. Houseman, the acclaimed English poet, certainly thought so. The entire staff at Needtovent agrees.

And so with a tip of our Carolina Mudcats baseball cap to Robert LeRoy Ripley and Thomas Rueckle we hereby offer our Question of the Day:

Which war featured the first use of air-to-air combat? 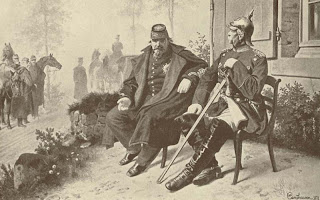 (Napoleon III and Otto Von Bismarck after the Battle of Sedan)
Posted by Robert A. Nowotny at 12:40 PM