QUESTION OF THE DAY -- Number One 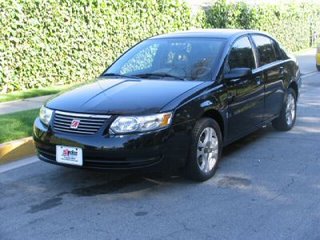 Question -- Do any of you loyal readers actually know someone who has purchased a Saturn?

I'm thinking in terms of a relative. Or even a neighbor, perhaps. Someone you can vouch for as being relatively normal or, at the very least, someone who is of this earth.

I'm 57 years old. I have traveled to all 50 states and 30 foreign countries -- from China to Columbia, from Iceland to Italy -- and I have never, ever personally known a Saturn owner. Let me also add that those I have witnessed in parking lots or observed on the highway have all appeared to be a bit "unusual" -- there's something about them that reminds me of the Putterman family.

I am beginning to think that all Saturn drivers may actually be aliens from another world -- maybe even from Saturn itself, or, more likely, from one of its moons like Titan or Mimas or Iapetus. At the very least I believe they belong to some obscure secret society like the Knights of Maccabees or the Ancient Order of Zuzimites.

Beware my fellow man -- something is amiss and I fear it isn't a good thing...
Posted by Robert A. Nowotny at 12:36 PM