Just like a poltergeist, I’m baaaack! Where have I been, you have every right to ask. Well, it’s like this….I decided to quite being a lump on the couch and try and reverse sixty two years of abuse and damage in just a few short months….hired a trainer, went on a diet and lost fifty pounds (oh, I know right where they are if I ever need to fit into that XL wardrobe I now have in the closet), and have started running again. I only hope my new lifestyle with all the exercise will offset the effects of my passion for food and good wine….but I digress.

My first effort in my comeback was quite interesting and pleasantly surprising. The mantra of the real estate business has always been “location, location, location,” and you have to feel for the three previous tenants of this rather plain from the outside building on 281 North which now houses restaurant number four in just the last three or so years. The first attempt was just a pizza joint, the second tried to combine pizzas with an arcade for the young set, while the third effort was intended to be a steak house….all three failed in just a matter of months. So here comes number four, this time concentrating on pasta and a whole lot more, but offering pizza for those apparently few who just have to have their pepperoni fix once in a while. 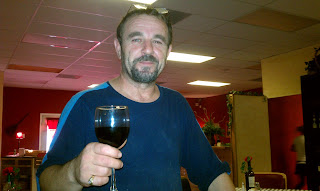 Enter Chef Ray Memedovski and his lovely companion Michelle. Ray is Albanian who grew up in Macedonia. This is not the first time I have run across that combination in the Italian restaurant field….seems the Albanians must have a bit of an edge when it comes to cooking Italian. There is a history behind Ray and Michelle….seems Ray is Gino’s cousin….that would be Gino, owner of the Italian Garden in Hancock….in fact Ray and Gino, along with the lovely Michelle, opened Tuscany a while back, just down the road at the bridge. As in so many business opportunities with relatives, there are many rough sailings and then a divorce. But this has turned out to be a good thing because it gave Ray the chance to open up Bella Napoli and we reap the benefits of that.

I recently asked my Italian friend from Boston if he wanted to join me for an evening there. His immediate response was, “I can already tell what it will be like, ordinary, at best.” I reminded him that if we failed to go check it out, Bella Napoli would turn out to be that hidden gem and we would have overlooked it. He still wasn’t convinced but accompanied me just the same. His first reaction upon entering was “WOW”….what great decorating of the interior (thank you Michelle)….bright contrasting colors and even two smaller, separate dining areas for group functions, plus a soon to be operational wine and beer bar. One of those benefits right now, since he still doesn’t have a liquor license, is you can bring your own alcohol at no charge….not even a corkage fee. Needles to say, we were prepared for that eventuality and had not one but two bottles of grape juice with us. The wait staff is cheery and pleasant to look at. (Can’t believe it has taken me four paragraphs to get to the food….must be my new lifestyle….yuck.) 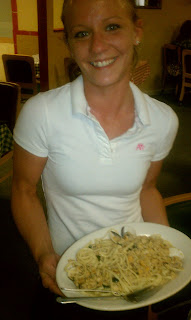 Understand, I have been there three times by now, along with guests, and we have all had something different each time. Let me not forget, my Italian friend was very apologetic to me and most impressed with Chef Ray’s offerings our first time there. It did turn out to be a very nice little “hidden gem.” At the top of my list would be the Veal Marsala, while one of my companions had the Veal Picatta. The veal should be a dish unto itself for it is some of the best restaurant veal I have ever been served….thin and fork tender, just a hint of crispness from being pan sautéed....and the Marsala sauce is simply outstanding. Include the mound of mushrooms served over all and you have one of the best entrees in this area. Ditto on the Picatta with capers. I’m not a fan of angel hair pasta for it is usually overcooked, something easy to do since it is so thin, but the accompanying angel hair was perfectly al dente.

On my second visit I had the Linguini and clams in white sauce….now don’t expect some kind of Alfredo sauce. This is called white sauce to differentiate it from a traditional red sauce. The white sauce is more of a clear broth made from the clam juices and some garlic….delicious. Bella Napoli offers the ubiquitous spaghetti and meat concoctions, but if you do have to have “spaget,” be sure to have the meat balls….some of the most tender you will ever slide over your lips. In my first visit with Italian friend, we shared an appetizer of muscles in wine and garlic broth….made two mistakes here: one...shouldn’t have shared….wanted them all for myself; second was asking for the muscles -- while they were certainly good and fresh (not frozen as a lot of restaurants serve), I should have just ordered a bowl of the wine and garlic broth for dipping with the homemade bread served up when we first were seated, or perhaps a straw would have been even better.

On my most recent visit with the child bride of over 43 years (yes, she was finally in town long enough to go somewhere with me), Ray came by our table and asked what she was hungry for. Her response was for him to make her whatever he wanted. The end result was the biggest plate of shrimp and chicken Tetrazinni I have ever seen served in the free world. I almost had to carry her out. The desserts do not disappoint either, as the Tiramisu is exceedingly fresh and Michelle makes occasional cakes from scratch. You have to roll the dice on that as she doesn’t have any formal schedule yet, but I have had her Red Velvet and her Italian Cream efforts and am looking forward to the next. Even the cannolis are quite tasty….would love to try Ray’s homemade filling if I could just convince him to make me some….maybe if I bought the ingredients?

I have only one real negative and one perceived one, but we all know perception is reality, so….In my first visit with Italian friend we also ordered the calamari appetizer. Unfortunately, we both found it to be very tough and chewy, something that happens from overcooking, but a minor disappointment considering all of the “little gems” we did discover. The perceived negative I can blame on my new lifestyle….Ray just serves too much food….and we wonder why we are fast becoming a nation of obese slobs, like I was for so long (Ok, no more soap box). I drive by Bella Napoli several times a week and have never failed to see cars in the parking lot. Maybe he has beaten the location curse of the past poltergeists because once you have been, YOU’LL be baaaack. 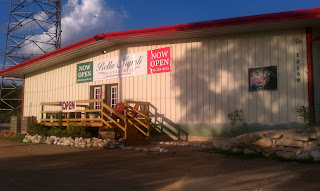