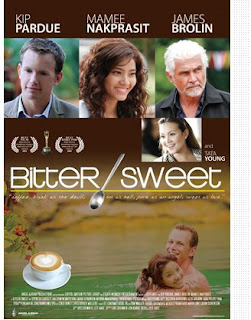 "Most Hollywood films are just a tapeworm, a 2,500 meters long tapeworm that sucks the life and the spirit out of me." (Ingmar Bergman)

More often than not, the staff at Needtovent.com agrees with Mr. Bergman. Accordingly, we actively seek out the best in low budget, independent cinema and these efforts have rewarded us with a number of truly excellent, highly entertaining films which we have had the pleasure of reviewing over the past few years. Our latest discovery is BITTER/SWEET, screened at the recent Worldfest-Houston International Film Festival where it won The Grand Jury Award for "Best Picture" and the Golden Remi Award for "Best Director." These awards are well deserved.

The music under the lush opening credits -- "That Funny Feeling" -- was the first hint that yes, indeed, there's a funny feeling that this film might be special. It is. BITTER/SWEET is an ambitious undertaking by recently-formed Angel & Bear Productions, a Bangkok-based Thai-Swiss production company headed by Urs Brunner in cooperation with two American firms, Capitol Motion Pictures and Eighth Wonder Entertainment. Prior to entering the film industry Mr. Brunner had already found success in Thailand by forming the Boncafe coffee company. In fact, it was his experience in the coffee business that prompted him to conceive the underlying story for BITTER/SWEET. The resulting screenplay by the extremely talented Jeff Hare (who also directed) takes the viewer to the picturesque coffee plantations of Southern Krabi where there's more in the air than just the aroma of first-rate robusta beans. 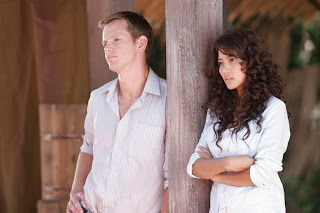 "Is there life before coffee?"
(Anonymous)

Let's be honest -- not every independently-produced film is good, but BITTER/SWEET is a truly Thaitanic effort with a generous production budget that provides the necessary resources to take full advantage of the exotic tropical locations. Of particular interest is the use of the RED ONE in one of the earliest feature film applications for this cutting edge, some say revolutionary, digital camera. And the superb, highly energetic music selections, under the supervision of Chris Moellere and Cindi Avnet, keep things moving at a steady pace. In fact, all of the production values are first-rate, significantly superior to the majority of independent offerings, and they collectively enhance what is an engaging love story brought to the screen by a cadre of wonderful actors which include Kip Pardue, Mamee Nakprasit, Kalorin Nemayothin, Tata Young, Spencer Garrett, Laura Sorenson and James Brolin.

Pardue (REMEMBER THE TITANS, BOBBY) plays Brian Chandler, an American-based coffee expert who is sent to Thailand by his boss Calvert Jenkins (Brolin -- THE WEST WING, LAST CHANCE HARVEY) to check out a reportedly superior grade of coffee which his company may want to acquire if these rumors are true. This assignment takes him away from Amanda (Sorenson), his attractive fiancee, and from the rigorous preparations of their impending wedding. (This second consequence may not be all that unfortunate as any groom can readily attest.) Upon his arrival in Bangkok he meets the gorgeous Ticha (Nakprasit), a stunningly beautiful, dedicated career woman who has given up on finding love. It is at the urging of her coffee farming parents that Ticha is pressed into taking Brian to her old village which is now suffering economically in the hopes that Brian will recommend purchasing the coffee grown there -- thus saving the day. Assisting in this task is Ticha's sassy sidekick Mook (Nemayothin) and Mook's "boyfriend," Werner (Garrett), an Austrian prankster/huckster who has a lust for life, libation and libido. Garrett's performance is especially engaging as he literally steals just about every scene he is in. 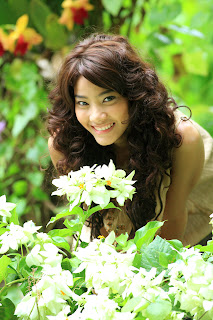 Initially, Brian and Ticha do not get along -- in political terms think Franken and Palin and you wouldn't be too far off. But their journey through the fabulous Thai countryside is also a journey of self-discovery as each come to realize that the pursuit of "perfection" isn't as clear cut as previously thought . Their journey is one that we thoroughly enjoyed -- and one we hope a smart, savvy distributor will make available to large audiences both domestically and worldwide. Surely Brolin's appearance will help market the film; his steady, stately performance as the coffee mogul with a hidden agenda is just the latest character he has nailed in a long, distinguished career. We cannot think of anyone better in this supporting, yet pivotal role. Pardue's sweet, subtle performance is a winning one also, but it is Mamee Nakprasit, clearly one of Thailand's most attractive, talented and award-winning actresses, who will likely gain the most attention. We have a funny feeling you will agree.
Posted by Robert A. Nowotny at 1:19 PM