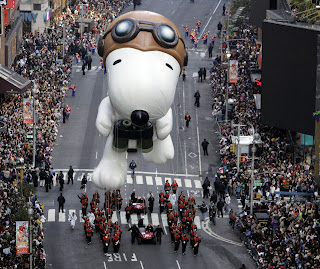 No, the Macy being referred to isn't William H., whose real-life wife has become my favorite "Desperate Housewife" now that Gaby has become frumpy. (Felicity's slightly deviated septum is a real turn-on for, well, let's just say for obvious reasons as most red-blooded men will agree). But, as Warden Jerry L. Nelson would say, I digress...

With the drowsy effects of tryptophan beginning to wear off, Needtovent will now post the Top Three Highlights of this year's Macy's Thanksgiving Parade. In no particular order: 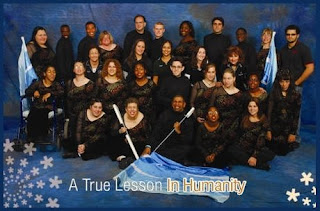 1. The Special Needs Color Guard of America. Unlike what you see in the photograph above, this developmentally disabled color guard from the Sunshine State was sporting new free-fitting blue marching outfits making them look like KABLUEY casting rejects, but we salute them for their courage and dedication. And we especially salute Macy's for inviting this inspirational and worthy group to participate.

2. On the other end of the spectrum, the virtually endless parade of pretty, perky, peewee-sized preadolescent music and dance performers was surely a wet dream for the pedophiles among the 50 million television viewers watching (and leering) worldwide. Hey, in true Holiday Spirit, I guess Macy's felt that even perverts deserve a little love on special occasions. (No photo for this one, sorry). 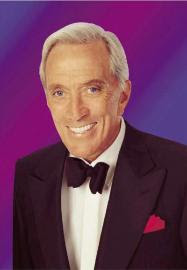 3. Andy Williams. He's still alive -- and lookin' pretty good, too! It was a nice surprise to see him crooning once again. (And they say only the good die young...)

Postscript: What was with NBC's production team? There were so many technical flaws that it made the average public access broadcast look as polished as -- you guessed it -- Barbie Benton's bannister.

(Needtovent believes in recycling...)
Posted by Robert A. Nowotny at 1:31 PM