THE IRONDALE CAFE -- The Worst Meal Ever??? 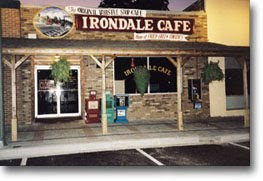 Over the past sixty-plus years I have visited every state in the union and thirty-seven foreign countries. As a result, I have eaten at literally thousands of eateries -- ranging from among the fanciest and most expensive to some of the smallest dives well off the beaten track. Most of the time the food is pretty good, but there have been a number of regrettable meals which remain seared in my memory.

For example, there's the Peking Duck I was served at a restaurant in Beijing that was so fatty I named the poor bird "Arbuckle." If nothing else, this culinary experience made me realize that if reincarnation is true, I absolutely, positively do not want to come back as a liposuction machine.

I also remember a pu pu platter served in Austin that was so shockingly awful, it almost killed a Needtovent staffer. It was worse than poo-poo, that's for sure.

The same holds true for any number of "mixed grill" offerings served while attending the Varna International Film Festival in Bulgaria. Even Alfred Packer wouldn't have been able to digest the various meats which comprised this ubiquitous entree during Todor Zhivkov's reign as President of that impoverished country.

And, of course, there is the Olive Garden -- but I'll discuss that topic at another time.

Which brings me to the Irondale Cafe located just outside the city limits of Birmingham, Alabama. Originally a hot dog stand, which later added hamburgers, barbecue and a variety of sandwiches to the menu, the business was purchased by Miss Bess Fotenberry in 1932, and shortly thereafter the Irondale Cafe (aka the original Whistle Stop) became well-known for its signature dish -- fried green tomatoes.

As it turns out, Bess Fotenberry's niece is Fannie Flagg and her book featuring the restaurant became a best seller. And in January, 1992, the movie version of FRIED GREEN TOMATOES premiered at the Cobb Galleria Theatre in Birmingham. The place became an over-night sensation and tourists from around the world flocked to this small eatery, with most ordering fried green tomatoes. After all, why not? Even the local newspaper ran an article with the headline: "Seen the movie? Now taste the title." 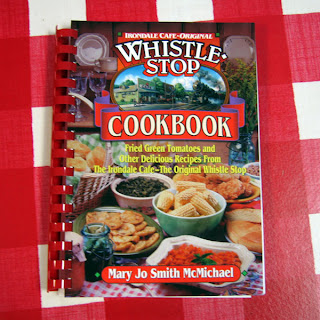 Which brings me to the evening of November 7, 2010, when yours truly, accompanied by the same Needtovent staffer who barely survived the dreaded pu pu platter, decided to eat at what some consider to be an American icon. Icon my ass, what "icon" tell you is that this was among the worst meals either of us have ever experienced.

I'll be brief -- the breading on my catfish was muculent -- there's simply no other way to describe what was on the plate. As for the celebrated fried green tomatoes -- they were soggy and the only taste associated with them came from the oil used. Even the dinner rolls were terrible -- being greasier than a Puerto Rican's pillow.

To be totally fair, the service, such as it existed, was adequate.

Maybe this wasn't the single worst meal I have ever experienced. Then again, maybe it was. But what I can say for certain is that you must not be mislead by the dozens of testimonials appearing on the Irondale Cafe's website -- they constitute the largest collection of fiction this side of Oxford University.
Posted by Robert A. Nowotny at 5:28 AM