How About S&M Green Stamps? 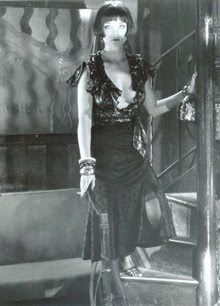 Needtovent recently ran across a very intriguing newspaper article from our fine friends at Reuters. I don't know about you, but I'm calling Lufthansa right away. After all, not since the fall of the Berlin Wall has something more exciting or enticing happened in what was known as "the Fatherland" prior to the advent of condoms and birth control pills.

The article is reprinted below with occasional commentary by Needtovent's staff. (We couldn't resist.)

It did not take long for the world financial crisis to affect the world's oldest profession in Germany.

In one of the few countries where prostitution is legal, and unusually transparent, the industry has responded with an economic stimulus package of its own: modern marketing tools, rebates and gimmicks to boost falling demand.

Some brothels have cut prices or added free promotions while others have introduced all-inclusive flat-rate fees. Free shuttle buses, discounts for seniors and taxi drivers, as well as "day passes" are among marketing strategies designed to keep business going.

Discounts for seniors! That's a hell of a lot better than the Early Bird Special at Luby's Cafeteria...

"Times are tough for us too," said Karin Ahrens, who manages the "Yes, Sir" brothel in Hanover. She told Reuters revenue had dropped by 30 percent at her establishment while turnover had fallen by as much as 50 percent at other clubs.

"We're definitely feeling the crisis. Clients are being tight with their money. They're afraid. You can't charge for the extras any more and there is pressure to cut prices. Everyone wants a deal. Special promotions are essential these days." 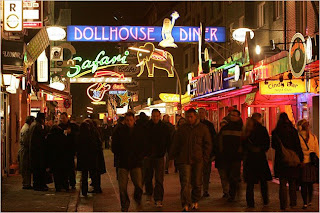 Germany has about 400,000 professional prostitutes. In 2002, new legislation allowed prostitutes to advertise and to enter into formal labor contracts. It opened the way for them to obtain health insurance, previously refused if they listed their true profession.

They have health insurance! All I can say is that I hope it is better than my Blue Cross Blue Shield coverage...

Annual revenues are about 14 billion euros ($18 billion), according to an estimate by the Verdi services union. Taxes on prostitution are an important source of income for some cities.

Prostitution is also legal and regulated in the Netherlands, Austria, Switzerland, Hungary, Greece, Turkey and in some parts of Australia, and the U.S. state of Nevada. 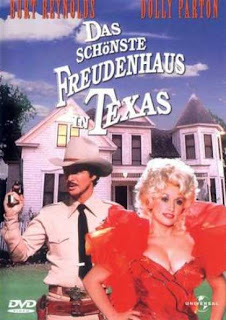 Texas once had a brothel or two as well. I hate Marvin Zindler...

In other countries, such as Luxembourg, Latvia, Denmark, Belgium and Finland, prostitution is legal but brothels and pimping are not.

Berlin's "Pussy Club" has attracted media attention with its headline-grabbing "flat rate" -- a 70-euro admission charge for unlimited food, drink and sex between 10 a.m. and 4 p.m.

That's quite possibly the best deal since Roosevelt...

Other novel ideas used by brothels and prostitutes include loyalty cards, group sex parties and rebates for golf players.

Golf players! I wonder if you get a mulligan if you come too quickly...

Ecki Krumeich, manager of upmarket Artemis Club in Berlin, said he resisted pressure to cut prices, although senior citizens and taxi drivers get a 50-percent discount on the 80-euro admission fee on Sundays and Mondays.

"Naturally, we're keeping an eye on the overall economic situation and making contingency plans," said Krumeich, who said his "wellness club" is one of the largest in Europe with about 70 prostitutes. Our philosophy is: we provide an important service and even in a recession there are some things people won't do without. Just about everyone's turning to advertising in one form or another. If the consumer electronics shop and the optician come out with rebates and special promotions, why shouldn't we try the same thing?" 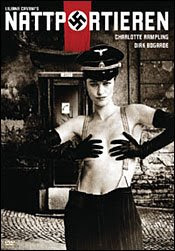 Well that settles it. I've finally found something I can afford to do with my buddy Max Mosley after Formula 1 races.