Last night I had a dream -- and with all due respect to Mr. King, it was a doozy, too. You see, I dreamt that a highly talented, totally outrageous musical ensemble would emerge from out of nowhere that would be bold enough, brazen enough to unabashedly attack "Political Correctness" with the same kind of reckless abandon that Bush exhibited when he attacked Baghdad. You know, just a little "shock and awe" for the au courants among us -- what few there are.

When I awoke, I realized that my dream had already come true. (If only this would happen with my Anouk Aimee/back seat of a Citroen fantasy as well...) 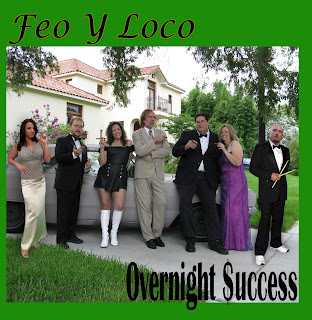 Introducing FEYO Y LOCO, a Houston-based ebullient, eclectic, excoriating ensemble whose new album -- OVERNIGHT SUCCESS -- compliments their two previous offerings with more tour de force, hilarious hijinks that are sure to offend, yet again, PC Poobahs from Pocatello to Puntarenas. Among the deranged, daring, disavowing, deassimilation dazzlers found on OVERNIGHT SUCCESS are such clever, campy classics as BEN-WA BALLS, the bodacious ROADKILL BOOGIE, CORN IN THE MORNING ("When I see corn in the morning, I know I'm a regular guy") and the acappella anthem, THE BOOGER SONG. Yes, there's something for everyone, whether it be Dr. Demento, Wolfman Jack, Squeaky Fromme, a Mystic Light Rosicrucian, even a famous movie star like Schlitzie Metz. (As for B.P.O.E. members -- fugetaboutit. Guess you just can't please everybody...) 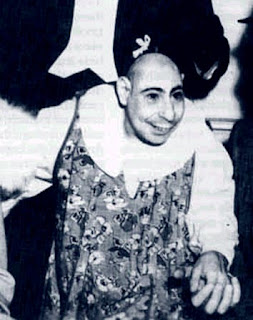 For the record (pun intended), FEO Y LOCO is comprised of Tom Beard (towering almost 7 feet tall, Tom just might be the biggest guy in show business today), David Franklin, Jim Frye, Danny Lee, and the deliciously wicked trio of Shelley Burkett, Trisha Gerber and Jennifer Janek-Markey. Make no mistake, Tom Beard is not just another pretty, albeit enormous, face in the music business. This gentle giant has a fabulous vocal range which never fails to surprise -- even when one is totally sober! Add in a wide variety of musical styles, randy riffs and the occasional unexpected sound effect, and FEO Y LOCO is simply the best party band in the land. (I'm told that Paris Hilton has their phone number on speed dial.) 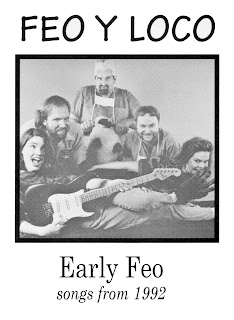 Be sure to check out the group's previous CDs as well. The original, FEO Y LOCO: EARLY FEO (1992), has been digitally re-mastered and RED NECK NECRO never sounded so salaciously sublime. Other tracks which especially touched the heart and soul of the Needtovent Staff are FAT GIRLS ("They're alright, they appreciate the night"), MICROWAVE CAT (a little dittie about a kitty -- banned by PETA -- but the calypso beat will have your foot a Tappan) and WHY DO I NEED YOU (When I've got my hand...") -- a masterful tune extolling the phallus/phalange palpitation paradigm.

OVERNIGHT SUCCESS and EARLY FEO CDs may be ordered from www.cdbaby.com. In addition, cdbaby also carries the 1994 album -- FEO Y LOCO: POLITICALLY INCORRECT, a third CD that is a must for all Feoheads as well. At a mere $12.97 each there is nothing out there that will provide more fun for less moola. In addition, you can also buy these albums and/or individual songs from your favorite download sites such as iTunes and Amazon.com.

Come to think of it, the Christmas Season is upon us and what better time than now to have FEO Y LOCO spread a little joy and happiness? Just ask Schlitzie Metz...
Posted by Robert A. Nowotny at 12:11 PM