Like the quest for the seven cities of Cibola where, when found, untold riches await the discoverer, I too have been on my personal quest…not tilting at windmills nor do I have a personal Sancho Panza to pick up the pieces when things go asunder…just me and Friend now and then, one whom I can count on to be there through the good meals and the bad meals. It’s been nearly four years of “bad” meals since the child bride of now more than forty years and I returned home to the hill country where I was born, raised and am now getting re-acquainted with. When I left this area in 1968, my hometown boasted a population of slightly under 15,000 residents of various extraction…mostly German and Mexican…the word Hispanic had yet to be invented. It’s now 2008, and that little town’s population has soared to over 50,000…mostly Houstonians. But I digress. 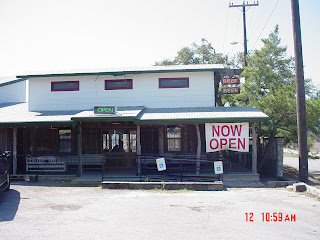 The previously mentioned “bad meals” consisted of not being able to buy a decent hamburger. Living in Dallas for thirty-five years has both advantages and disadvantages. The disadvantage is living in Dallas for thirty-five years, but this is outweighed by the advantage of having access to some of the finest restaurants in Texas, particularly when it comes to being able to order a “proper” hamburger. Now you may not use the words “fine restaurant” and “hamburger” in the same sentence and I will be the first to offer that a five-star French restaurant is probably not the place to order up a greasy, juicy, drippy, hearty hamburger…but then neither are most of the places in this area that try to pass themselves off as burger joints. When I talk hamburger, I mean greasy, juicy, drippy, and hearty…and most importantly, cooked medium rare so it will be greasy, juicy, drippy and hearty. You can’t do this with a paper thin patty and that seems to be the norm in this area of Texas. My search for the quintessential “burger joint” continued most recently in what was formerly a Casey’s Barbeque located on North 281 in Bulverde. Does the newly named ”My Place” serve up a proper hamburger that meets the above criteria? 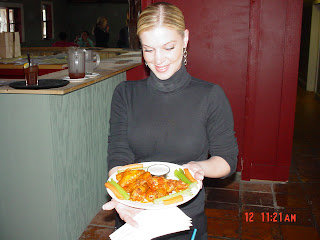 Friend and I started with appetizers served by Sara (no "H" she proudly told us). The chips and queso were pretty good. Being brave and the fact that our wives were out of town made us add an order of Buffalo wings…ordinary. Friend must have been thinking ahead for somehow he knew there would be some of those left so he could take them home and not have to cook. Had I been in my right mind I would have done something similar. Unfortunately, I was under the influence of aromas wafting out of the kitchen that only hinted of the pleasures to come.

A hamburger is a classic dish just as chicken Kiev and steak au poivre are classics. Don’t add mushrooms, guacamole, sour cream or just about anything else one might think of in an attempt to improve it. Leave it alone. Let it come with only lettuce, onion, pickle and tomato…or any combination of those items...and your choice of mustard or mayo…cheese is optional… (I prefer mayo)…but it has got to be by gawd medium rare. If you’ve never experienced this, please try one sometime. It is one of the true culinary pleasures in life. As Friend and I waited our turn we witnessed several orders being carried out to other tables and marveled at the size of the offerings. How could this be? How could this place have existed for these few months and I have just now discovered it? Would it live up to my hopes…my dreams…my expectations? We would soon know. 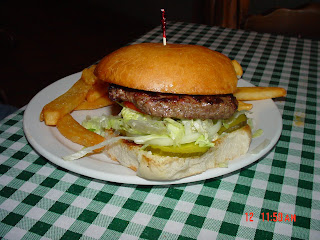 Suffice to say, I have recently passed away and gone to burger heaven, that or I am in a drug induced euphoria for what we were served transcended my most ardent hopes. “It” arrived on a buttered, toasted bun, not something just ripped from a plastic bag and slapped together…piled high with lettuce, onion, pickle and tomato and slathered with mayo on one side. The bun was so crisp and, at the same time, moist, I didn’t even mind the one sided slather. It was greasy, juicy, drippy and hearty. I feel like Pavlov’s dogs. I’m starting to drool again. I simply could not finish it all…gallant effort though I made.

I’ve mentioned previously that even though one may be full from the entrée, there is always room for dessert…and when Sara mentioned the only offering of the day was the famous Tootie’s Apple Pie from Boerne, I was powerless. It was acceptable. (Tootie’s must have one fantastic PR firm.) 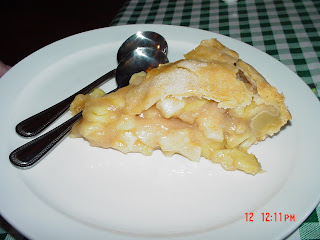 Unfortunately, the biggest irritant of dining at My Place was the table next to us…seating eight extremely loud and raucous employees of Clear Channel Communications whom, according to Sarah, are regulars. (I guess regulars trump first timers). Friend and I couldn’t even have a decent conversation without raising our voices to be heard by the other. I understand this is not “high-brow” dining and I have already labeled this place a burger joint, but common courtesy would dictate a bit lower volume. Next time I think I’ll call ahead or perhaps come a bit later than their lunch hour.

I may never find any one of the seven cities long sought by Cortez, nor have I any windmills to my credit. What I do have is the satisfaction of having found “THEE” burger place in this part of Texas. I use the biblical “THEE” because it was truly a religious experience. Hallelujah.
Posted by Robert A. Nowotny at 6:03 AM